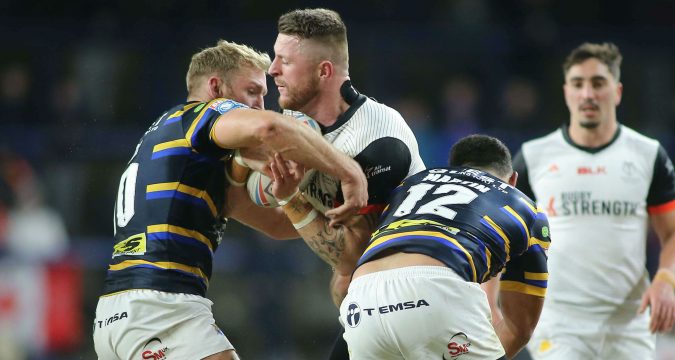 Leigh Centurions have made their latest addition to the club with the capture of Toronto prop Adam Sidlow.

The former Bradford middle joins the club and takes the spot left vacant by Adam Walker, who left the club earlier in the week.

Sidlow is the fourth Wolfpack player to join Leigh for 2021, following Blake Wallace, Matty Russell and Joe Mellor to LSV next year.

“It’s been a tough year, especially going without pay for several months at Toronto but now it’s good to have something to look forward to and be positive about,” he said.

“John Duffy’s teams have always impressed me with the way they play and I’m looking forward to playing for him.

“People tell me he’s a no-nonsense coach and I respect that. I’m looking forward to getting stuck into pre-season training and working with him. My best mate is Mike Morrison who used to play for Leigh and he couldn’t speak highly enough about John Duffy and the club.”