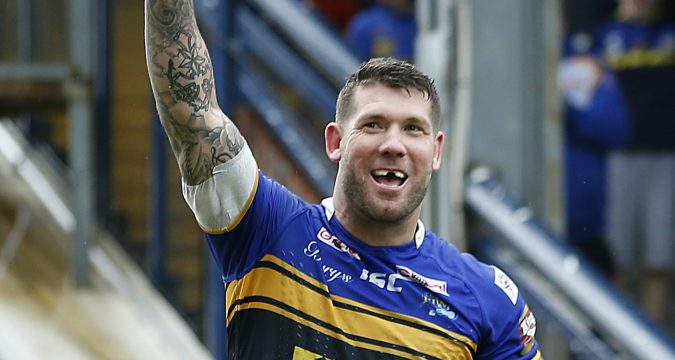 The Australian back rower ended his successful spell with the Rhinos recently and is the latest player from Headingley to link up with partner club Rovers.

Delaney said: “I’m very excited to start a new chapter with Featherstone, for the next two years.

“I know I still have a lot to give, both on an off the pitch as a player.

“Right now, I just can’t wait to meet everyone at the club and start to knuckle down with preseason training.

“I’m really looking forward to being with the boys and the coaching staff.”

Last week Rovers confirmed that they will run a Reserve side next season – a move welcomed by the team’s new coach Paul March.

The former York, Keighley and Hunslet boss is currently a development officer for the Featherstone Rovers Foundation and this role will be added to his existing work on the club’s player development pathways.

March said: “It gives a pathway from my Under-14s, to my Category Three Academy, to the Reserves and then we’ll hopefully get a few players into the first team.

“I’m delighted the club are supporting it.

“Last season it would have given players opportunities to play first-team rugby with the injury crisis the club had.

“Now we can start looking at players from 14 and developing our own.”

March is confident that there will be enough fixtures to make it worthwhile, with postponements being an issue in recent years.

He said: “We’ve had meeting with the RFL and they reckon there will be eight to ten teams next year.

“If it’s ten then we’re looking at at least 18 fixtures, plus friendlies against teams like the Army, BARLA and the Lionhearts, so we’re confident there will be weekly games.

“I think it’s something that will be popular with supporters in Featherstone on a Thursday night as well.”

Players must register by November 26 and can do so via the club’s website.