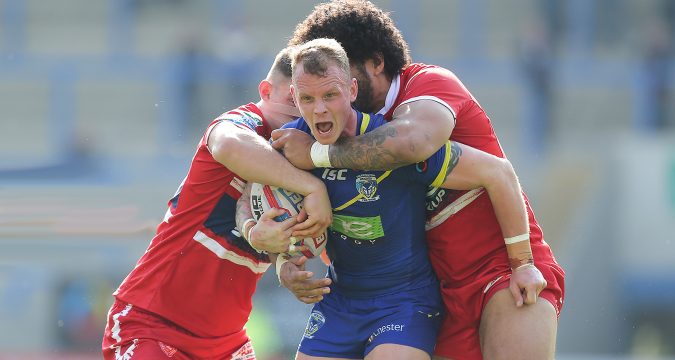 Salford have confirmed the signing of Kevin Brown.

The halfback, who played in the 2017 World Cup Final for England, has spent the backend of the year at Leigh Centurions after recovering from a serious injury.

Brown, a former Wigan, Huddersfield and Warrington player, will compete for a shirt alongside Tui Lolohea and Chris Atkin.

Watson said: “Kevin’s a great player and an important signing for our team.

“Kev has a brilliant rugby mind and is capable of winning games with his smarts and kicking game alone. I can’t wait to work with him next season.

“The level of his organisational skills, knowledge and composure are things which will benefit our whole organisation on and off the field in 2020.

“Kev was the starting half in the World Cup final in 2017 and would have been Warrington’s first choice half this year, which shows his level of performance and experience.

“Our young players will benefit from this massively, especially Tui and Chris.

“This is a big signing for our team, especially considering the leadership he will offer in probably the most important position.”