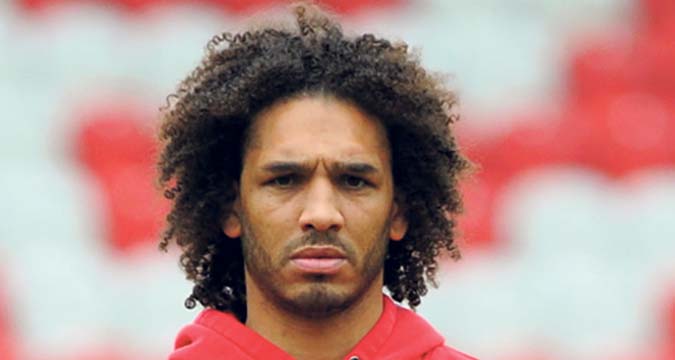 JAMAICA UK lead coach Jermaine Coleman has revealed he feels let down by the Rugby Football League over the length of Tony Clubb’s suspension after the Wigan player was found guilty of racially abusing Andre Savelio, calling the ban a “token gesture”.

Clubb was handed an eight-match suspension after being found guilty by an independent tribunal last week – but that was the minimum ban he could have received after being hit with a Grade F charge.

Coleman and Wigan coach Adrian Lam are currently the only black coaches in the men’s game, and the London Skolars coach believes incidents such as racist abuse should be taken out of the grading protocol due to their severity. He believes the leniency of Clubb’s suspension sends the wrong message out on attempts to tackle racism.

“I feel the RFL has let us down. It makes a massive mockery of asking people to take the knee.

“I think it’s an empty gesture. This is something that is unacceptable in society and shouldn’t have a grading – it’s an arrestable offence on the street.

“You can’t preach about ‘Tackle It’ and at the first opportunity to make a statement, do this.”

Coleman pointed to the ten-match ban handed to Bradford’s George Flanagan, after he was found guilty of grabbing an opponent’s testicles, as a marker for the leniency of the ban handed to Clubb.

“We’ve had players banned for ten games for grabbing someone between the legs, but this gets passed off as the heat of the moment,” he said.

“This is real life. If you get caught speeding, you can’t just say you were driving fast in the heat of the moment. It doesn’t sit well with me and a lot of players.

“I can’t imagine it sits well with the general public, either. Rugby League had a chance to say it won’t tolerate this kind of behaviour; instead, we’ve sent the opposite message out.”

Coleman believes the incident should prompt further discussions about the sport’s attempts to tackle racism.

“We’d love Rugby League to be at the forefront of these issues and make a real statement, unfortunately we haven’t done that,” he added.

“We had a chance to put ourselves out there and show we won’t accept behaviour like this. That’s often a part of the conversation that goes missing; we talk about issues, but it’s how we counterbalance that and tackle them moving forwards.

“We’ve got people going round and talking to clubs about betting and drugs, but there’s no programme that talks about equality and racism. We had a huge opportunity as a sport. It’s a token gesture.”