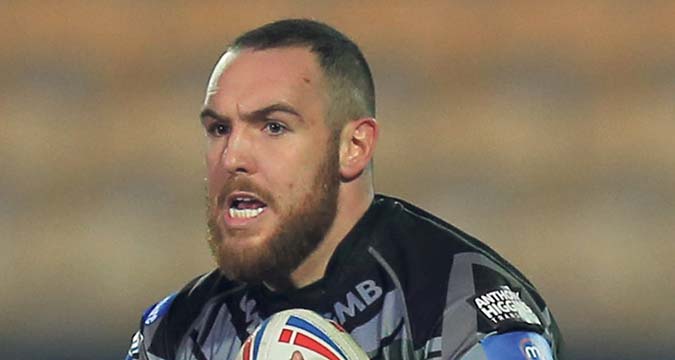 Castleford Tigers forward Daniel Smith will stay at the club until at least the end of the 2021 season after signing a contract extension.

Smith, 27, joined the Tigers during the 2019 season from Huddersfield Giants and has played 29 games for them.

Smith was unable to break into the Giants’ squad and was grateful for the chance to move clubs last year.

“I’m enjoying my rugby again, I don’t think I was enjoying the game as much as I should have been when I was at Huddersfield,” Smith said.

After featuring in all seven of Castleford’s matches before the suspension of the Super League season in March, he sustained a pectoral muscle injury against Wigan that cut down his opportunities in the latter part of the season.

“I had four weeks with the conditioning team; they got me up to speed and I really thought I was getting back to my best,” he added.

Tigers coach Daryl Powell is a specialist at signing players who out-perform expectations. “He is a similar sort of player with the ball to Grant Millington, in that he can use the ball well because he has good skills,” said Powell.

“We’re working hard to make him a little bit more durable and I’m pleased we will keep working with him. I think we are going to see the best out of him.”

Castleford Director of Rugby Jon Wells is hoping that Smith will get a confidence boost from his new deal.

“He is a big, skilful player who for me has yet to realise how good he really can be; this is now Dan’s opportunity to take,” said Wells.