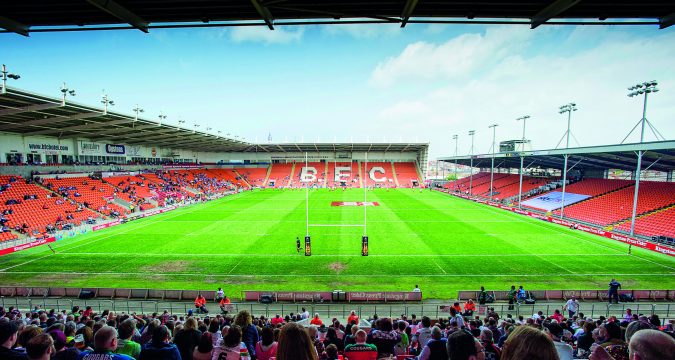 The Summer Bash will be a six-fixture event after the RFL confirmed the absence of Toulouse and London.

The pair will play in Toulouse as part of a double header with Catalans and Leeds.

It leave the 12 other Championship clubs to compete in Blackpool, where the event returns for a sixth year.

Featherstone and Bradford will headline the Saturday, with Leigh and Widnes closing proceedings on Sunday.

Halifax will face York, while the Heavy Woollen Derby is back as Batley open the weekend against Dewsbury.

The other two games on Sunday are Swinton and Oldham, as well as Sheffield against Whitehaven.

Mark Foster, the RFL’s Chief Commercial Officer, said: “The 2019 Betfred Championship Summer Bash weekend was one of the best yet, and it’s great for us to be able to confirm that we’re going back to Blackpool in 2020.

“It’s an exciting programme of fixtures with a couple of old favourites in the Batley-Dewsbury derby to kick things off on the Saturday, and Leigh versus Widnes to complete the action on Sunday evening – as it did in such exciting fashion in 2019, when there was a great atmosphere in the stadium and we had excellent viewing figures on Sky Sports.

“But there’s a fresh new look to the remaining four games, with Oldham and Whitehaven involved again after their promotion from Betfred League 1, and Featherstone Rovers to take their old rivalry with Bradford to Blackpool for the first time in the climax of our Saturday programme – which means Halifax will also have new opposition in York City Knights.”