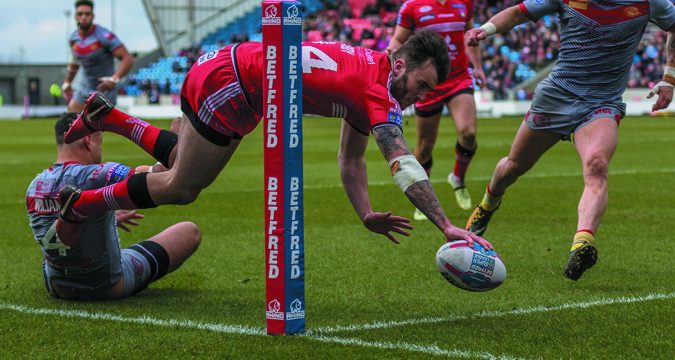 Salford Red Devils leapfrogged Wakefield in the table as they stormed to a 38-4 win.

A seven-try romp saw the Red Devils completely outclass a Wakefield side that put in a dismal performance throughout the second-half.

Junior Sa’u crossed after 90 seconds before Rob Lui added a penalty goal for an 8-0 half-time lead.

But Salford put Wakefield to the sword in the second-half, despite losing Lui to a leg injury.

Tyrone McCarthy, Ryan Lannon, Jake Bibby (2), George Griffin and Greg Johnson all crossed for Ian Watson’s side in the rout, with Joe Arundel’s reply insignificant for the visitors.