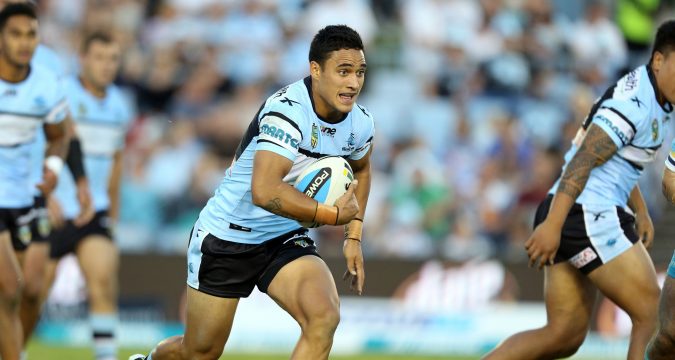 Golden Boot nominee Jason Taumalolo and Australian international Valentine Holmes are on their way to America to take part in an NFL trial.

Both players participated in the Four Nations final on Sunday, but according to a document obtained by The Roar, both players will take part in the try-outs in Los Angeles this Sunday.

North Queensland Cowboys, the club Taumalolo plays for in the NRL, have confirmed that he has been given permission to attend with the club’s ‘full knowledge and backing’.

Dally M winner Taumalolo has been linked with a move away from the sport since September, with the 23-year-old thought to be keen on a move to the American football franchise.

Meanwhile, Holmes has also been backed by his club, NRL winners Cronulla Sharks.

In a statement, Sharks CEO Lyall Gorman said: “Valentine is contracted to the Sharks in 2017 and will be returning to us at the same time as had previously been scheduled with Shane Flanagan and the coaching staff. It was always early January for Val and this won’t affect his pre-season.

“We knew about this and supported it as a unique experience for Val and we have no concerns about him returning to honour his contract. The testing he will undergo is more a fitness and physical assessment, than an NFL trial.”

“We have already been in contract extension talks with Val and it has been very positive on both sides,” Gorman added.