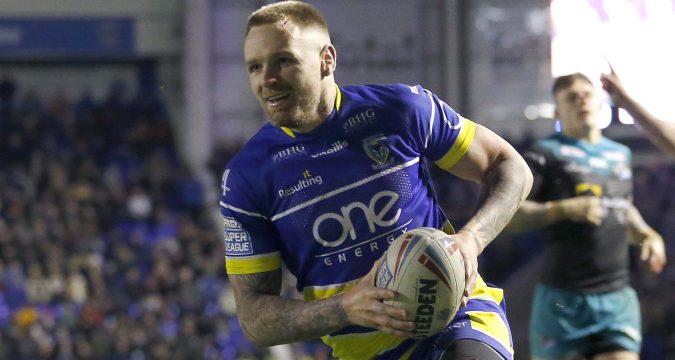 Craig Hall, Mitch Garbutt and Matt Parcell have all been recalled to Hull KR’s squad for the pivotal relegation clash with London on Friday.

The trio have been sidelined with ankle, knee and shoulder injuries respectively but are in Tony Smith’s 19-man squad for the clash. Jez Litten, Owen Harrison and Mikey Lewis all make way.

Meanwhile, London have made one change, with Dan Hindmarsh replacing Mark Ioane for their must-win clash.

Richard Agar has named an unchanged squad for Leeds’ clash with Salford. It means Jamie Jones-Buchanan stays in the squad in his penultimate game before retirement.

Salford have made two changes, with George Griffin and Josh Wood returning to replace Ryan Lannon and Ben Nakubuwai.

Tui Lolohea is in line for a return against his former club.

Lachlan Coote has been recalled to the St Helens squad for their clash with Huddersfield.

The fullback missed last week’s win over Castleford after returning in the Challenge Cup final due to concussion protocol, but has been cleared for the game with the Giants, along with Dom Peyroux. They replace Joseph Paulo and Jack Welsby.

Huddersfield have made two changes, with last week’s matchwinner Matt Frawley ruled out through injury, while Aaron Murphy has also dropped out. Tom Holmes and Adam Walne have taken their place.

Blake Austin will make his return to action in Warrington’s clash with Wakefield.

The Australian halfback has missed a month of action with an ankle injury, but is in line for a return this week as the Wolves look to nail down their place in the play-offs.

Wakefield have been dealt a triple blow, with Chris Annakin, Bill Tupou and James Batchelor all ruled out with injury.

The youngster has impressed in the Championship at Swinton this year and could get his chance to impress on Friday. He’s the only change as he comes in for Amir Bourouh.

Sam Tomkins has been recalled ahead of his return to Wigan after serving a suspension. He joins Alrix Da Costa in the 19-man squad, but David Mead is unavailable.