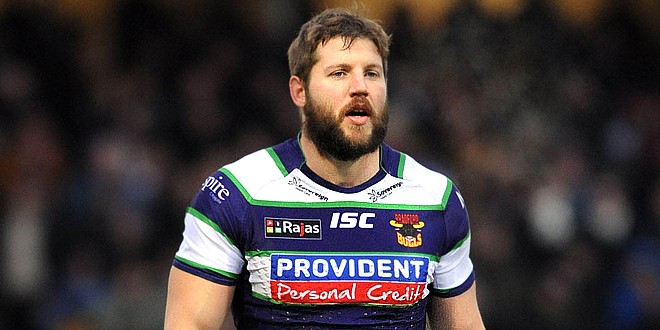 Wakefield prop Nick Scruton claims the Wildcats will be a force this year once their raft of new signings gel.

The former Bradford and Leeds prop, 29, made his debut for his new side in their 56-14 thrashing of Catalan Dragons on Sunday, less than a week after signing his contract.

“The squad here is good. We are struggling to get troops on the pitch at the minute, but I think once we get everybody on the field we will be all right,” he told the YEP.

“It has been hard. We have got two new half-backs – one who has only been in the country a month and the other who has been here a week longer than me. It is going to take a little bit of time. We are spending plenty of time out on the field and once everybody starts gelling and gets used to each other we are going to be a side, definitely.”

On the topic of half-backs, Scruton joked about following Australian Jarrod Sammut to the Rapid Solicitors Stadium.

“I thought I had shaken him off! He is one of those characters, you either love him or hate him and luckily enough I love him. He is always a laugh, you never know what you’re going to get with him, but he keeps me entertained.

“Everybody has made me feel welcome,” he added.

“They’ve looked after me and now I just want to get stuck in and get on with my rugby. Rugby’s rugby – you could walk into any team and the lads are always pretty good.”