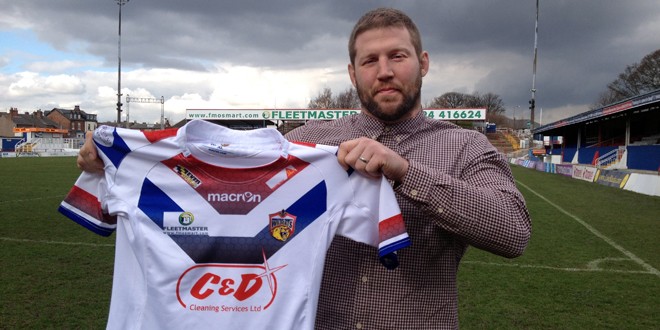 New Wakefield signing Nick Scruton has spoke of his heartache at leaving behind his old Bulls team-mates for a more stable future at the Wildcats.

The 29-year-old told the YEP: “In an ideal world I would never have left Bradford. I loved the club and the lads, but it is what it is.

“I am a Wakey player now and I’ve just got to get on with it. That’s Rugby League, things change and I am just going to do my best for Wakey now.”

Scruton, who signed a one-year deal, said: “There’s a one-year option, which we can take up if we want. If not, both parties can look elsewhere. There was no real thinking behind it, other than getting stability this year for me and my family.

“I don’t think anybody knows what’s going to happen at Bradford and I couldn’t put my family through the uncertainty of not knowing if I was going to get paid and things like that.

“Once this came up it was not fair on my family to not take it. I had to take it and I am going to make the best of it now. I left Bradford on good terms. I rang Franny [coach Francis Cummins] and nothing was done behind anyone’s back.

“He said whatever decision I took his opinion of me would not change and that was nice to hear. I was there six years and it would have been wrong to leave on bad terms. Everything was pretty sweet.”