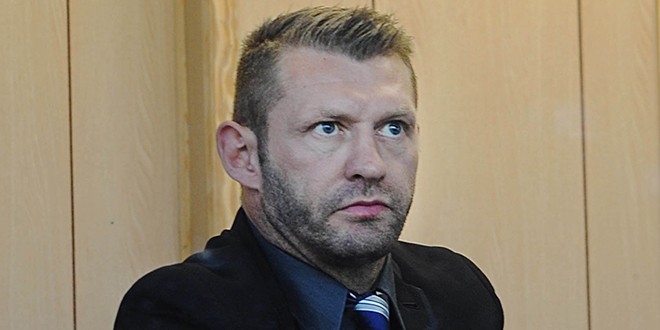 Three-time Lance Todd trophy winner Sean Long has announced he will re-join Salford Red Devils in a consultancy role on their coaching staff, presumably focusing on their half-backs.

The 37-year-old, who revealed he fought a battle with serious depression last month following being sacked from the London staff, has been given an opportunity to work under Brian Noble – the former Great Britain coach who sent him home from the Tri-Nations in 2006. Long was highly critical of the 53-year-old in his autobiography and left his first coaching spell at Salford because of Noble’s appointment. It seems the pair have worked out their differences now, though.

“As soon as I heard Sean became available following his release from London Broncos, I wanted to give him this opportunity to work with the exciting team we have assembled here to make sure it quickly fulfils its huge potential,” Noble said.

“Sean knows what it takes to be a success at the highest level and when you consider the mixture of high quality and experience we have pulled together at the club, I’m sure he will bring a further dimension to our team dynamics.”

Salford owner Dr Marwan Koukash announced the news on Twitter. He said: “[We] Would like to welcome Sean Long back. He will be joining our coaching staff.”

Long replied using the micro-blogging site: “Thank you for the opportunity to be part of your coaching staff and the Devilution. Can’t wait to get started.”