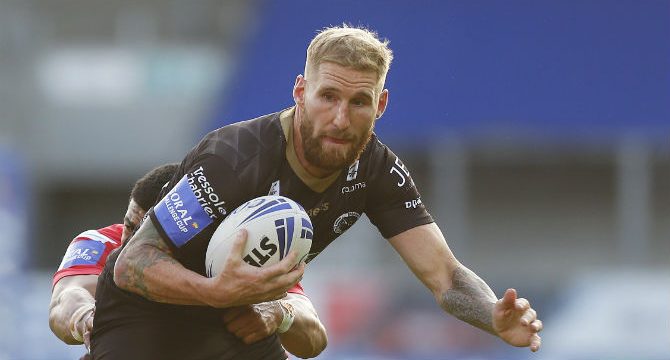 SAM TOMKINS admits that he was surprised to be told that he would captain England against the Combined Nations All Stars this Friday night at Warrington’s Halliwell Jones Stadium.

And he revealed that England coach Shaun Wane told him about his new role in a telephone call.

“When Shaun phoned me I didn’t know what to say to him,” said Tomkins.

“I wasn’t expecting it. He just phoned me up and said I was going to be captain. It’s a massive honour for me.

“I just felt excitement, but it was not something I’d thought about or anticipated.”

It will be the first time Tomkins has captained England, never having been a captain at any of his current or previous clubs, although he does admit to having had some captaincy experience.

“I have captained sides at a lower level and I’ve always been involved in leadership groups,” he said.

“Michael Maguire put me in a leadership group at Wigan when I was 20. My time at Wigan taught me to be a leader. Sean O’Loughlin was the captain along with Tommy Leuluai, who was also very influential, and I learned a lot from both of them.

“I’ve been captained by some really good leaders, including Sean, Kevin Sinfield, Jamie Peacock and James Graham and I have picked up things from all of them.

“I’m very vocal on the field and I’ll try to lead by example, but I’m well placed in this group with some very experienced players around me.”