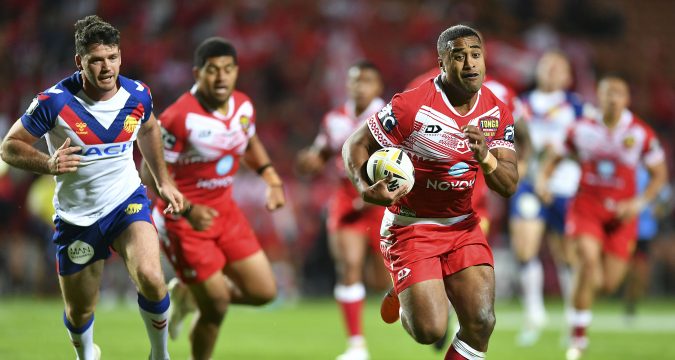 The Tongans were the stars of the show today at Eden Park, as they secured a historic 16-12 victory over Australia, following their 14-6 victory over Great Britain a week earlier.

The game was the third of a triple header in Auckland, which began with a convincing Fijian victory over Samoa, with the Batis winning 44-18, with their star being Viliame Kikau, who scored two of their eight tries.

The second game of the afternoon saw Great Britain fall to a disappointing 12-8 defeat to New Zealand, in what was generally viewed as the least attractive of the three games, with the British showing limited attacking skills after the game was level 2-2 at the break. The Kiwis had lost their stand-off Kieran Foran with a dislocated shoulder after only five minutes, but they were inspired by a superb performance from their fullback Roger Tuivasa-Sheck.