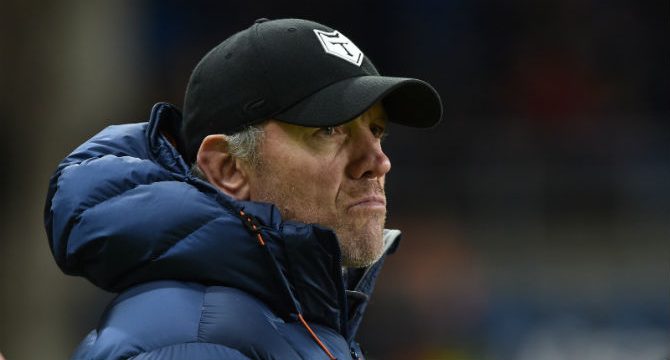 Brian McDermott believes Toronto Wolfpack were a pawn in the middle of a civil war between Super League and the RFL.

The Wolfpack were refused re-entry to the competition after seven clubs, as well as the Super League executive, voted them out.

The Rugby Football League, the sport’s governing body, were among those to vote for Toronto’s return.

McDermott believes the Wolfpack are victims of the cross-fire.

“It’s hurting the game, that we’ve got one governing body who want Toronto in, and another who doesn’t want Toronto in and they aren’t speaking to each other,” McDermott said.

“There are two governing bodies with two different opinions, and I don’t think this is about Toronto, I think it’s about the governing bodies in some sort of civil war, and Toronto is the stick they’re trying to beat each other with.

“I don’t know how our executives can look at executives in other sports and keep a straight face. The whole integrity of the game has been brought into question here.

“But the harsh reality is that based on the evidence I don’t believe, we’ve been made unemployed and kicked out of the game. I think it’s the wrong call for the game, and if it isn’t the wrong call, what next? That’s my question to Robert Elstone right now. If it’s not Toronto that’s going to bring rugby league to wider audiences, what is? What’s your answer? Because you can’t be thinking it’s not Toronto and we’ll stay with what we’ve got, surely to God. Surely everyone in the game recognised that we need to go to bigger audiences.

“What we’ve got at the moment is a saturated market, and I can’t see any growth. But Toronto is a club that has been taking the game to wider audiences.”