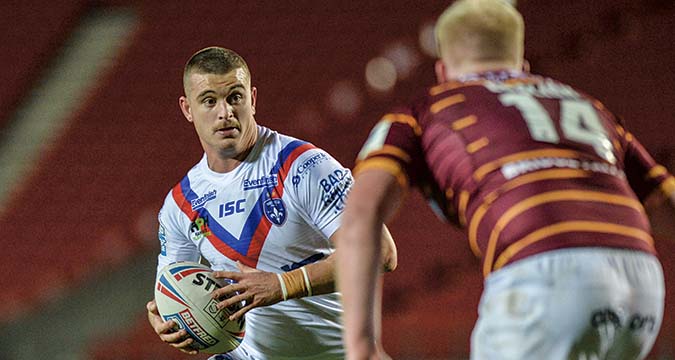 Wakefield Trinity have given Jordan Crowther permission to speak to rival clubs.

The 23-year-old is off-contract at the end of next season and though Wakefield are keen to retain their homegrown star, League Express has been notified by other clubs that he has been made available.

Off-contract players are normally not allowed to speak to other clubs until May 1st, but can be granted permission if requested.

Crowther has emerged as a key cog in Chris Chester’s squad, with his utility value proving pivotal.

He made eleven appearances during 2020 and is set to play a more prominent role again next season.

But it remains to be seen whether that will be his final season, with two clubs already believed to have tabled deals.

In the week Chester talked up Crowther’s worth to his side.

“In terms of the first team, the performances of people like Jordan Crowther, he has been a standout player for us,” he told the Wakefield Express.

“He has really worked hard on his game over the last couple of years.

“He found himself on the fringes of the first team in recent seasons, but the biggest accolade I can give him is that he is one of the first names I think about when we are picking a side.

“Especially when we are coming up against a tough side with big people in the middle, Jordy is one of the first players mentioned in our daily staff meetings.”

Meanwhile Trinity confirmed the loan extension on Innes Senior this week, with the winger to return from Huddersfield on a season-long loan.

The England Academy international spent the end of the 2020 campaign with Trinity, scoring four tries.