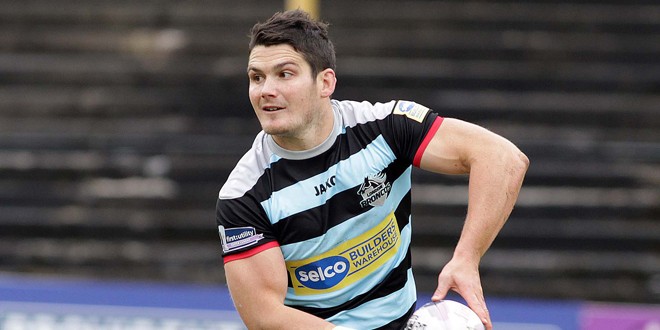 Ben Farrar had been in England for just four days before he was thrust into the stand-off role for London Broncos against Bradford.

Farrar has signed with the Broncos for the rest of the season and he was thrown in the deep end in the Bulls match. But the utility is a 70-plus game veteran of the NRL, who has had a stint in Super League before with Catalans, and knows the ins and outs of Rugby League. The experienced Newcastle Knights junior shouldn’t take long to settle in at the Broncos.

Bradford got the win on Sunday but it was an improved showing from London. However, three games in and with three losses to the their name, London and Farrar have a big job on their hands to escape the drop.

The 27-year old will partner former one-time Manly teammate Josh Drinkwater in the halves and also provide cover at fullback.
John Davidson caught up with Farrar at The Hive to chat about his return to Super League and the Broncos battle to avoid relegation.