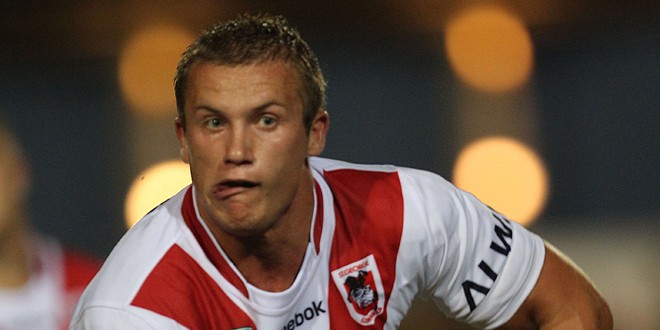 Last year was a rollercoaster for Josh Drinkwater, going from his NRL debut to being dropped down to the third tier of Australian Rugby League.

Now the halfback is in Super League and keen to make his mark with the London Broncos. Drinkwater grew up on the New South Wales Central Coast and was snapped up by Manly Sea Eagles as a junior. With halves Daly Cherry-Evans and Kieran Foran barring the way, the talented youngster made the move to St George-Illawarra Dragons.

He broke into first-grade for the Dragons but further opportunities were scarce in a struggling side. With Broncos half Michael Witt joining St George Illawarra, Drinkwater has gone the other way and arrived in London.

Just a week after landing in the UK, the 21-year old sat down with John Davidson at the Broncos new home ground The Hive to talk about his career, making his debut against Bradford last week, the challenge for London ahead and his adjustment to Super League.