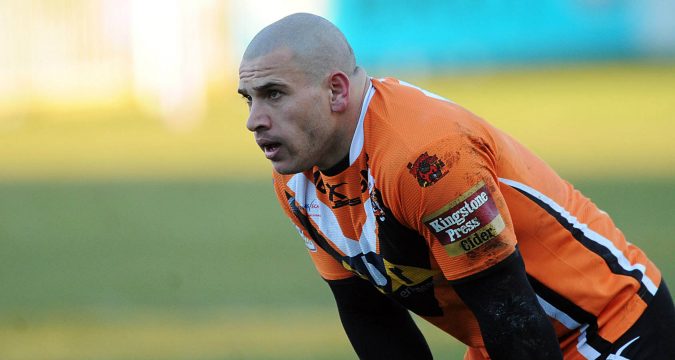 New Salford Red Devils winger Justin Carney has admitted the prospect of a fresh challenge is something he’s looking forward to.

Carney has signed at Salford on a season-long loan after leaving Castleford Tigers at the end of last year – following a period where he was suspended by the club pending an internal investigation.

But Carney admits he’s settled into life at Salford well, and says he’s determined to re-capture his form from last year.

“Pre-season is the same as always; it’s still tough and it’s not the fun part of the year. All the boys have welcomed me and it’s great to see a few new faces.

“I’m just focussed on playing my game and getting back to where I was in the middle of last year. I just want to help the team win and do my best for the club.”

This video is a brief part of our interview with Carney ahead of a full piece in Monday’s League Express, where Carney discusses his exit from Castleford, how he thought he’d be welcomed at Salford and his hopes for 2016. Don’t miss it!