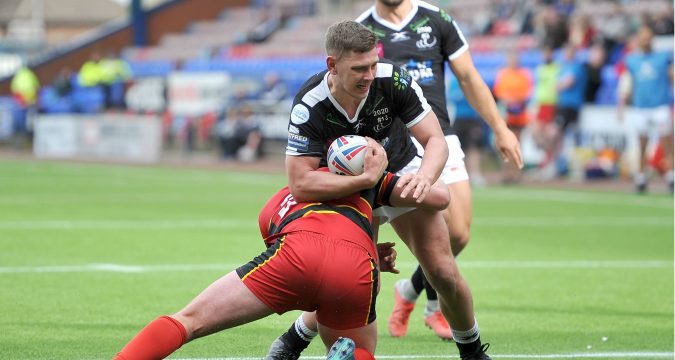 The 21-year-old was granted a release by the Vikings last week in order to take up a deal with the Super League club.

He played nine times for the Vikings in Super League.

He said: “I’m a ball-playing loose-forward. I’ve always looked up to Sean O’Loughlin and I want to develop into that sort of player. I just really enjoy getting my hands on the ball.”

Head Coach, Chris Chester, added: “I’m really pleased that Brad Walker has joined the club on a two-year deal. I’ve been particularly impressed with him at Widnes where he played over 30 times for them last year.

“He’s a tough loose-forward who’s got plenty of skill with the ball and I’ve been impressed with him during his first week in training.

“Brad will be spending time at Newcastle Thunder in 2020 which will give him the opportunity to get regular game time.

“I’m looking forward to seeing him develop and watching him in the Red, White & Blue in the future.”