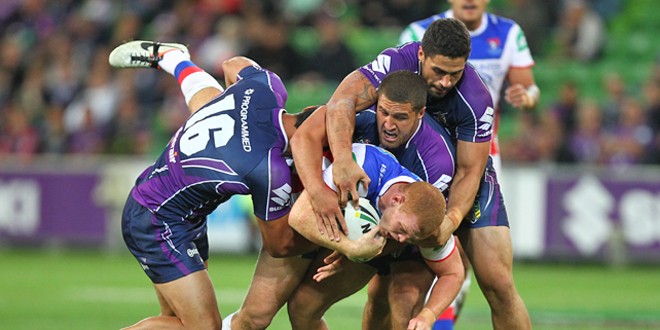 Newcastle Knights coach Wayne Bennett has called for the NRL to be clearer about how players are punished after causing serious injury, as the fallout continues from the horror tackle that left Alex McKinnon seriously injured.

Melbourne forward Jordan McLean was handed a seven-game ban for his part in the tackle which left McKinnon with serious spinal injuries – and the prospect of him never walking again.

The Knights publicly criticised the disciplinary process after the Bromwich brothers – the two other men involved in the challenge on McLean – were not called up to face punishment for their part in the tackle. And Bennett admits it is time changes were made regarding the transparency of the system.

“Maybe it’s been the smoking gun out there that no one really talks about,” he told reporters in Sydney on Friday.

“But it needs to be talked about. We need to make a decision as a sport just how much does injury influence judiciary decisions.

“It has never really been had. It’s been all indoors and behind smokescreens. But now it’s out there and I think it’s time to have a debate and recognise if that’s what we want or don’t want.

“It’s a grey area, because it’s not defined anywhere so it’s part of the inconsistencies.”