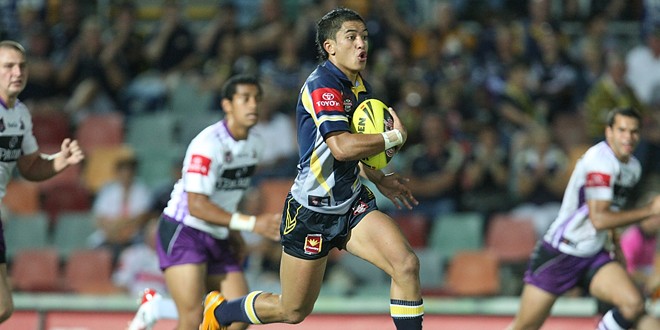 The 21-year-old New Zealander is a junior international and scored six tries in his four first-team appearances for the Cowboys. Indeed, he was recognised as one of the NRL’s hottest talents until a string of disciplinary issues, including being investigated by police over the theft of a girl’s handbag, saw him sacked in January of this year.

Undeterred, and with injury problems in his three-quarter line, Rovers coach Craig Sandercock pressed on and signed the utility back on a deal that expires at the end of 2015.

He said: “Wayne is a player who I’ve watched coming through the ranks at North Queensland Cowboys. He’s also played for the Junior Kiwis and is a good, young talent with a lot of potential whom I’m looking forward to working with. We believe he’ll be an asset to our squad going forward and are delighted to have him on board.”

Ulugia believes his problems are behind him now. He said: “I made a few rookie errors and that taught me a lot about life and football. I’ve come over to Hull KR as I was told by good friends that it’s a good family club with a close bunch of players. It’s a fresh start for me and I feel that I have a lot to give to the game. The plan is to do that at Hull KR and myself and my family are really looking forward to being happy over here.

“I’ve watched a few games and to tell you the truth, I don’t think there is a lot of difference between the NRL and Super League. People back in Australia say that the competition over here isn’t up to the standard of the NRL but I disagree. I think it’s pretty similar and I’m looking forward to having the opportunity to experience Super League footy.”