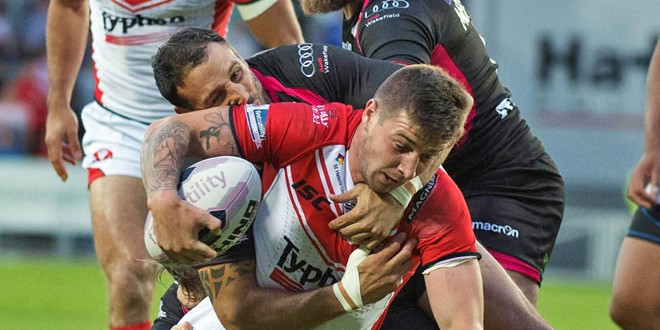 St Helens assistant coach Jamahl Lolesi admitted his side were simply too flat during the opening stages of Thursday’s defeat to Warrington – and attributed it to last week’s derby victory against Wigan.

The Saints ensured an almost-certain fourth-placed finish in Super League with the defeat, as only a huge defeat for Huddersfield tonight to Leeds will see them leapfrog the Giants.

And Lolesi said afterwards they “paid the price” for last week’s game – but paid credit to the Wolves, who signed off from Super League with two straight wins.

“We probably paid the price for last week’s game,” Lolesi said. “That Wigan derby was a really high intensity game. We started really flat and struggled to get a foothold in the match.

“Warrington came here and played like they had nothing to lose as they have done for the last three weeks.

“We tried to warn the boys that would happen.

“But we didn’t get off to a good start and then had to claw ourselves back into the game.

“You have to give credit to them as opposed to our guys being a bit flat though.”