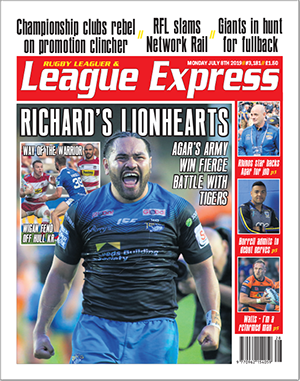 It’s been another big week in the world of rugby league – and the new issue of League Express has you covered! Available in shops Monday or to read online via your smart device, simply head to www.totalrl.com/le  or download the League Express app from your App Store to get all of the following: