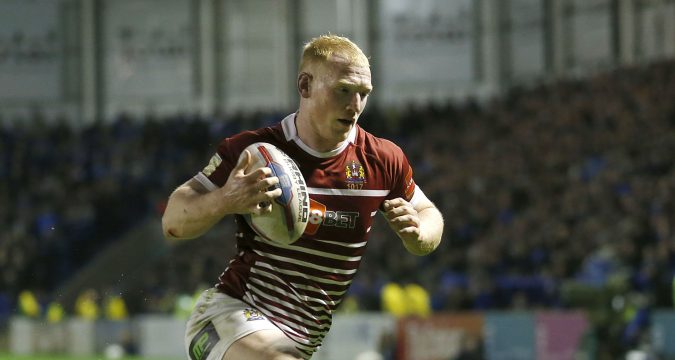 Liam Farrell scored two tries for Wigan tonight as the Warriors faced down a determined challenge from Hull Kingston Rovers to win 36-18.

The Warriors took the lead on five minutes through George Williams, whose try was converted by Zak Hardaker, but the Robins replied with a try in the corner by winger Ryan Shaw, who converted his own try.

Wigan took the lead again on 15 minutes through Liam Marshall, converted again by Hardaker. But the Robins equalised again when Ben Crooks caught a kick by debutant Mikey Lewis to touch down, with Shaw again converting.

The second half began like the first, with Wigan scoring early, this time through Liam Farrell, and the Robins replaying almost immediately when Josh Drinkwater chased his own kick to touch down, with both tries being converted for an 18-18 scoreline.

Wigan led again on 57 minutes when Joe Burgess scored his 100th try for Wigan, with Hardaker again converting before Bevan French came off the bench for his Wigan debut.

Tony Clubb then secured the game for Wigan on 70 minutes, barging over for Hardaker’s goal to stretch the score to 30-18, before Farrell went in for his second try.