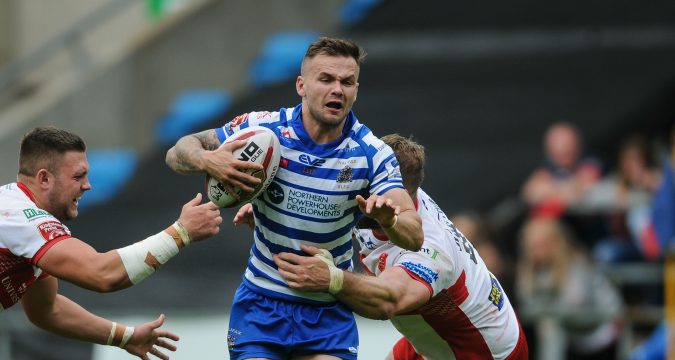 York City Knights have confirmed the re-signing of halfback Ben Johnston from Halifax.

As first revealed in League Express, the York-born livewire returns to his hometown club after making 17 appearances for the club in 2013, scoring 12 tries.

Since then, the 27-year-old has been at Fax, playing 123 games as part of a Fax side that reached the top four three times in four years.

“I’m confident he’ll bring a different dimension to our attacking game with his running and reactive threat.

“Ben’s a great kid who will fit in really well and he was excited about being challenged to break into our team.”

Johnston added: “I always wanted to return to my hometown club. Fordy was my amateur coach so feel I owe a lot to him – I would have never played Super League or Championship without his influence.

“After a great 2019 season we will have a bit of a target on our heads, but we will be prepared for that. I just want to add to what seems a great group of lads that are willing to work hard for one another.”