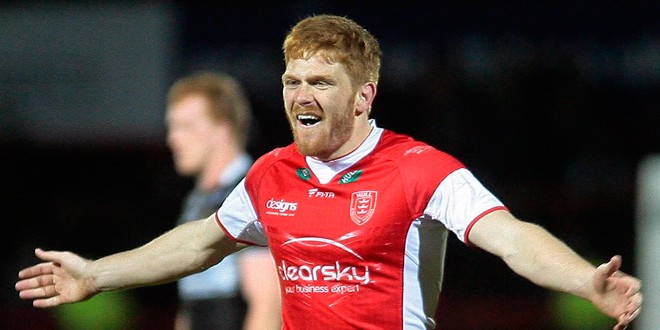 With most clubs bringing their recruitment to an end for 2016, where does your side’s best signing rank amongst the rest of the competition?

There are still deals being done here and there, but for the most part, a lot of sides are close to finishing their recruitment strategies for next season.

Some clubs have signed a whole host of players, whereas others have strengthened here and there. Over a series of new articles, TotalRL.com will be looking at all 12 Super League clubs and all 12 Championship clubs, weighing up where the best transfers have been done for each club.

This week we’ve already looked at the whole of Super League in two seperate articles (part one here and part two here) – and now we’re looking at the Championship – with your help. Agree? Disagree? Be sure to let us know on social media!

Batley – Dominic Brambani (from Sheffield Eagles)
Batley have made some savvy signings for 2016, and whilst Tom Hooley put two in particular in forward on Twitter:

..we’re going with Dominic Brambani. He’s got a wealth of experience at the top end of the Championship with Sheffield, and will be a shrewd bit of business for them in 2016.

Bradford – Kris Welham (from Hull KR) Kris Welham has stepped down from Super League, and stepped away from Hull KR. He’s taken on a fresh challenge with Championship side Bradford, and he could be a good bit of business for James Lowes’ men. Experience, skill and class aplenty, Welham will be key in the Bulls’ bid to return to Super League in 2016.

Dewsbury – Paul Sykes (from Featherstone Rovers) The hometown boy is back at Dewsbury, as Paul Sykes has signed on for the Rams in 2016. Experienced at Super League level for years, Sykes will add a touch of class to Glenn Morrison’s squad as they look to go one better than in 2015. Comfortable in the three-quarters or the halves, Sykes will be a crucial part of Morrison’s side every week next year.

Featherstone – Darrell Griffin (from Salford Red Devils, below) On the face of it, Featherstone have done some impressive recruiting for next year. The likes of Anthony Thackeray and Michael Channing are sound purchases, but prop Darrell Griffin will give Jon Sharp some real power in the pack next year. He joins on a two-year deal from Salford – expect him to be one of the Championship’s standout props in 2016. Halifax – Simon Grix (from Warrington Wolves) He hasn’t played for a fair while, but if Halifax can get the best out of Simon Grix from a fitness perspective, he’ll be a star for them next year. He’s still one of the toughest forwards around, and will add some impressive experience to Richard Marshall’s side in 2016.

Leigh – Rangi Chase Not much doubting this one, is there? As Jordan Howarth said on Twitter, plain and simple, there’s only one real answer:

London – Nathan Stapleton (from Sydney Roosters)
Any player with 60 NRL appearances to their name is bound to be a crucial signing for any club, and Nathan Stapleton will be key for London next year. The versatile back arrives from Sydney Roosters a one-year deal for 2016, and will give Andrew Henderson’s side a real boost as they look to improve on a disappointing 2015 campaign. Gary Tetlow, however, has other ideas:

@rlworld assuming visa sorted, etc Israel Eliab, I reckon he will be the find of the season

Oldham – Jon Ford (from Salford Red Devils)
Oldham are back in the Championship after several years of near-misses in the League One play-offs, and they’ve managed to tie down former dual-reg and loan player Jon Ford for the season, too. Ford has an impressive try-scoring record with Oldham during his previous spells with the club, and will provide more points for Scott Naylor’s men in 2016.

Sheffield – Scott Wheeldon (from Castleford Tigers)
The switch to full-time in 2016 means Sheffield have recruited heavily for next season – but one of their best signings is undoubtedly former Castleford prop Scott Wheeldon. The towering prop will have a big influence for Mark Aston’s side next year, as Richard Anderson says:

@rlworld Scott Wheeldon, brings a professionalism and experience to the Sheffield pack, will be invaluable in a young side

Swinton – Kieran Hyde (from Dewsbury Rams)
Championship experience will be crucial for Swinton in their first season back in the Championship in 2016, so getting someone of Kieran Hyde’s experience on board is a great move. The former Bradford youngster has spent several years in the division with Dewsbury, and his composure and knowledge of this level will be vital for the Lions.

Whitehaven – Grant Gore (from Widnes Vikings)
Haven have pulled off a double coup from Widnes for 2016, getting both Liam Carberry and Grant Gore up to Cumbria for the season. Gore stands out as an impressive capture though; he’ll bring lots of experience and guile to Haven as they look to force their way up the table in 2016.

Workington – Ryan Verlinden (from Featherstone Rovers)
Town haven’t made as many signings as some of the other clubs in the Championship for 2016, but the addition of Ryan Verlinden might be a real shrewd piece of business. He arrives from Featherstone aiming to make his mark in Cumbria, and he’ll give them a real edge in 2016.