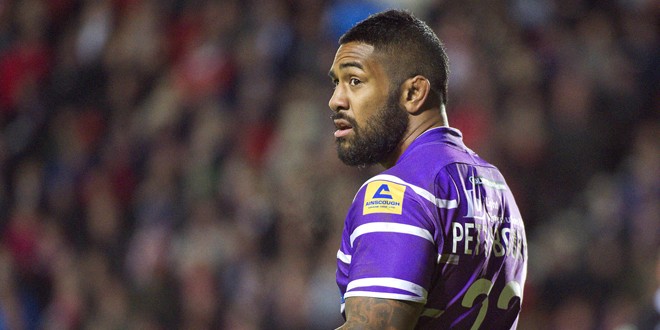 The RFL’s disciplinary board has handed out punishments for offences that took place last weekend.

Catalan Dragons player Julian Bousquet has been suspended for four matches after he was found guilty of a Grade D dangerous tackle in a Super League fixture against Castleford Tigers on Sunday February 23.

Bousquet, who pleaded guilty to the offence, was deemed to have executed a dangerous ‘cannonball’ tackle on Jordan Tansey in the eighth minute. He was also fined £300.

Hull KR’s Justin Poore was suspended for one match and fined £300 for Grade B punching in the 20th minute of a Super League match against Huddersfield Giants on February 23.

Huddersfield centre Joe Wardle pleaded guilty to the Grade A charge of punching in the same incident but avoided suspension after the tribunal took into account his contrition in reacting to provocation.

Scott Moore of London Broncos was found not guilty of making a Grade D dangerous tackle on Salford Red Devils player Darrell Griffin in the 56th minute of the Super League fixture played on Saturday February 22.

Hull FC youngster Jay Pitts, on dual registration duty at Doncaster, was found not guilty of making a Grade B dangerous throw in the fourth minute of a Kingstone Press Championship fixture at Workington Town on February 16.

The Tribunal handed down a one-match suspension to Jack Aldous of York City Knights after he admitted Grade B punching in the 10th minute of a friendly fixture against Sheffield Eagles on February 9.

Eddy Pettybourne (Wigan Warriors) – one match ban for Grade B dangerous tackle on Sydney Roosters player Shaun Kenny-Dowall in the 38th minute of the World Club Challenge on Saturday February 22.