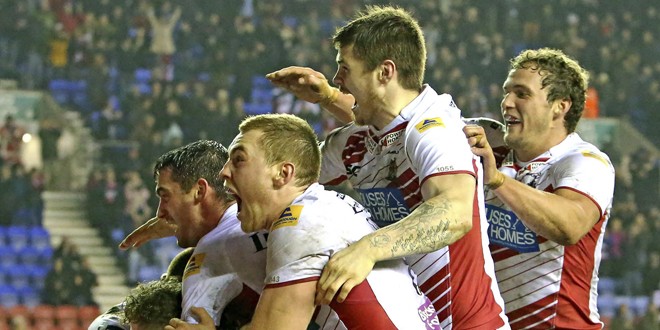 London will be looking for their first win of the season in Super League at the eighth attempt, as they face the daunting task of travelling to Wigan.

The Warriors are in fine form, having crushed Championship high-fliers Dewsbury Rams in the Tetley’s Challenge Cup last weekend. However, they will be without winger Josh Charnley, who has been ruled out for up to two months with injury. That means George Williams could step in to boost Wigan’s youthful side. Matty Bowen could return after being rested for the win against the Rams.

As for London, they are without suspended forward Nick Slyney, but Leeds loanee James Cunningham has returned to the squad.

The Stats
Wigan have won their last eight meetings (three at home) with London Broncos/Harlequins, with the capital side’s last win against the Warriors coming 38-26 at the DW Stadium on 23 April, 2010.

Despite not playing tonight, Wigan’s Josh Charnley has scored tries in the Warriors’ last four meetings against London Broncos as follows: 1-2-3-2.

The Prediction
Pretty obvious prediction for us to make at TotalRL.com; Wigan’s form combined with London’s disastrous season only points towards a resounding home win for Wigan.