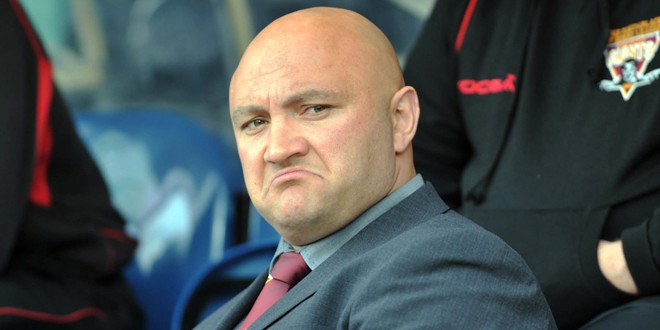 Huddersfield Giants head coach Paul Anderson insists there is no crisis at the club, despite them slumping to their fourth consecutive defeat on Thursday night.

The 30-6 thumping at Hull FC comes off the back of a devastating loss in the Tetley’s Challenge Cup, which leaves their place in the top eight hanging by a thread going into Easter.

However, Anderson has invested his faith in the squad that won the League Leaders Shield last year, claiming they will turn things around.

“This is a tough period for us, but there’s certainly no crisis here,” he said after the game.

“There’s not one bad player in this squad, and we know our time will come.

“And that will come when we stop giving the ball away all the time, which was once again the case last night.

“If you keep losing the ball, you’ll keep losing the energy battle, that’s a big failing of ours. As soon as we get back to doing the fundamentals right, it’ll change for us.”