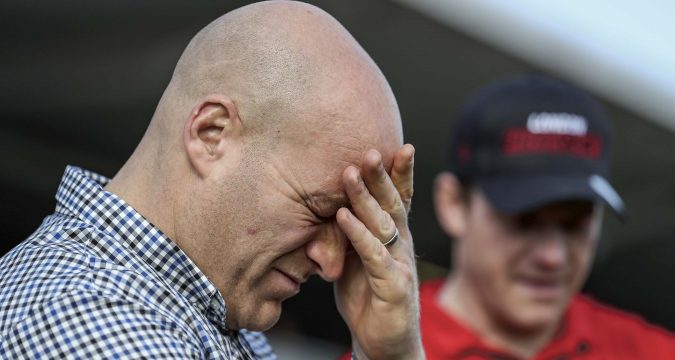 London Broncos will be without key forward duo Sadiq Adebiyi and Greg Richards for extended periods through injury.
Adebiyi’s pectoral issue was much more serious than the club first feared, and he underwent surgery on Friday that will rule him out for three to four months.
Richards tore his calf in the home win over Whitehaven, and although he doesn’t require an operation, he could still miss ten weeks of action.
Broncos coach Danny Ward (pictured) explained: “Sadiq was a lot worse than we thought, he had it scanned and saw a specialist in Manchester, and we got him booked straight in for surgery.
“It’s a shame because he had a great pre-season and we’d been playing him in the back row rather than the middle, where he looked good.
“It’s not the end of the world though, and after three or four months he’ll still have a good chunk of the season left.
“On Greg Richards we’re still waiting to see the full extent of it, but it looks like a six to 10 week injury.
“Again it’s a shame because he had a fantastic pre-season and has probably been our best prop.”
Frontrower Rob Butler will also sit out the Challenge Cup game with York after receiving a one-match suspension for grade A punching in the Whitehaven game.
On the Challenge Cup tie, Ward added: “It’s a tough draw for us because York were one of the best teams in the competition last year.
“I’m a real fan of Fordy (opposing coach James Ford) and what they’ve done there, and we play them again two weeks later, which always makes things a bit more interesting.
“It’s a home draw, which is what we wanted. It’s one of the ties of the round on paper, and it’s something we’re looking forward to.”
The match will be streamed live on the OuRLeague app.