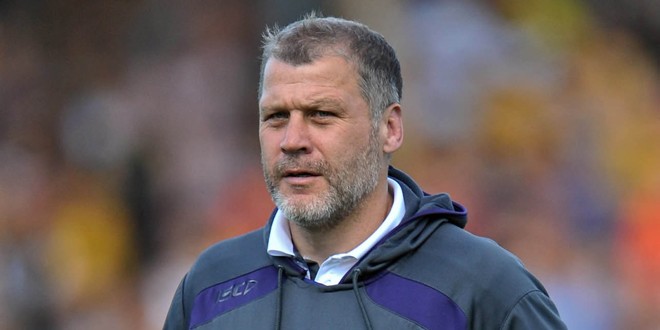 Former Bradford Bulls head coach Brian Noble believes the club’s current coaching setup means the club is looking in good shape for 2015 – and says it’s the best state the club have been in for a “long while”.

The shoots of revival under James Lowes were evident towards the end of last season, as the Bulls defeated the likes of Leeds and Wigan despite being relegated to the Championship. And with former Halifax boss Karl Harrison on board as assistant coach, Noble – who is the most successful Bradford coach in history – says all the evidence is there to suggest the backroom staff have given the club a great chance of success in 2015.

“The guys in Jimmy’s backroom team are good people and have a track record of proving and providing success,” Noble told the Telegraph and Argus.

“Whilst it will be Jimmy’s job to mould all their skills together, all the signs are good. They have made all the right moves and have done as best as they can with their recruitment.

“They have given Jimmy every chance with the people he wants to be there with him when it gets tough. It’s looking good for the Bulls – for the first time in a long while.

“If Karl is happy doing what he’s doing and is prepared to work hard with Jimmy, then I think the Bulls have got an unbelievable team. You know they will work hard and thrash out any problems that need to be thrashed out.

“My only concern is that they are both dyed-in-the-wool Leeds United fans and I hope someone gives them hell over that!”