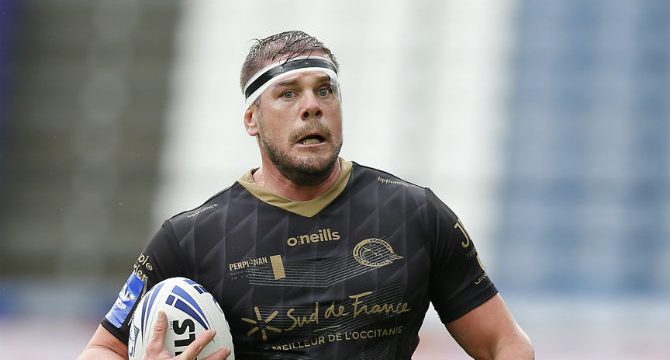 By MATTHEW SHAW and STEVE BRADY

League Express can reveal the French international has left Les Dracs and is pursuing a new deal elsewhere after being told he would not be offered a new contract last week.

Casty, 35, has spent 15 seasons in Perpignan during two spells, either side of a one-year stint in the NRL with Sydney Roosters.

His departure is the headline news in a shake-up of the Dragons’ pack ahead of 2021.

Mika Simon, Antoni Maria and Sam Moa are all departing to play in the French league, Elite 1, while Jason Baitieri is also off-contract.

An unexpected departure from Stade Brutus came last week when 22-year-old international half-back Lucas Albert announced he was leaving to join Carcassonne, while David Mead has been strongly linked with a return to the NRL with Brisbane Broncos.

Like many other clubs, the Dragons are looking at running with a smaller squad in 2021 as a result of the financial repercussions of the Covid-19 pandemic.

Dragons President Bernard Guasch will meet with government officials this week to discover what aid is available to help support the club to cushion the financial blow.

Close-season plans have been put on hold until the results of a meeting between Guasch and the French Sports Minister, who recently announced a 400 million euro package of funding for sport at all levels.

It isn’t yet clear how much of that aid will be available to the Dragons, leaving coach Steve McNamara’s plans to bring in new players in limbo.

“And it’s still difficult, because we don’t know what support, if any, we are going to get from the French government.

“We have a clear plan of what we want to do, but it is going to take a little more time. Our President is due to meet the Sports Minister this week and we are all waiting for the information to come through.

“The English clubs seem to be recruiting and there’s a fair bit of movement over there, because they have a clearer indication of the government financial support and furlough system but we’re not quite there over here yet.”