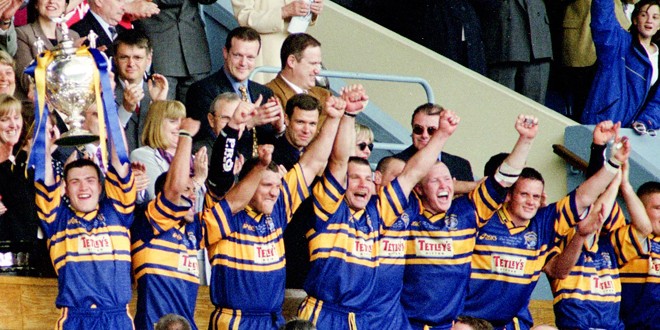 Castleford Tigers and Leeds Rhinos meet for the first time in a Challenge Cup final on Saturday, so with that in mind, here’s TotalRL.com’s handy guide to all the milestones and statistics that truly matter ahead of this mouthwatering event.

It will be only the fourth time the clubs have met in a final, having previously contested the 1968-69 Championship decider and the Yorkshire Cup in the 1968-69 and 1988-89 seasons. All three of those games were won by Leeds.

Challenge Cup Final Stats
Castleford make their first appearance at the new Wembley Stadium – having last reached the showpiece event in 1992, when they were defeated 28-12 by Wigan. That loss is the Tigers’ only Wembley reverse, with the club having won four of their previous five Challenge Cup finals. The club last won the trophy in 1986, emerging victorious 15-14 against Hull KR.

Leeds are appearing in their 24th Challenge Cup final (11 wins) – only Wigan (30) have more final appearances than the Rhinos, whilst the Warriors (19) and St Helens (12) are the only clubs with more wins at the showpiece event.

For the best previews, in-match action and post-match fallout from the Challenge Cup Final, stay tuned to TotalRL.com – and pick up a copy of Monday’s League Express

The Rhinos have the upper hand when it comes to Challenge Cup final experience – with a combined total of 52 appearances in the showpiece event amongst their squad. By contrast, Castleford have a combined total of just seven appearances in their ranks. The Tigers also have 24 players yet to appear in a Challenge Cup final, compared to ten Rhinos players awaiting their debut at the event.

Youngest and Oldest Finalists
Francis Cummins of Leeds (17 years 200 days) became the youngest player to appear in a Challenge Cup final when he played on the wing and scored a try in the defeat against Wigan in 1994.

The youngest winner was Andy Farrell (17 years 11 months), playing substitute for Wigan when they beat Widnes in 1993. The oldest player to appear in a Cup Final was Workington Town full back GUS RISMAN, who was 41 years 29 days when he led his side to victory over Featherstone Rovers in 1952.

Individual Statistics
With a winning appearance for Castleford on Saturday, Garreth Carvell (right) would become only the third player in history to win the Challenge Cup for three different clubs.

Carvell would also become the first player to win the trophy for three different teams against the same club. His former Leeds Academy teammates Jamie Jones-Buchanan and Kevin Sinfield were both in the Rhinos’ losing teams of 2005, 2010 and 2012. The other two players to have won the trophy for three different clubs are Alex Murphy and Brian Lockwood.

Of the current Leeds squad, only Jamie Peacock has previously won a Challenge Cup. However, he has not tasted victory in a final for the Rhinos and has not won a decider at Wembley.

Peacock, set to make his 250th Leeds appearance on Saturday, previously lifted the trophy with Bradford in 2000 (Murrayfield) and 2003 (Cardiff) – with both victories coming against Leeds.

Kevin Sinfield (right) is the only player in the Leeds squad to have previously won the Lance Todd Trophy as man of the match – in 2005’s 25-24 defeat to Hull FC at Cardiff’s Millennium Stadium.

Sinfield is an ever present for the Rhinos in Challenge Cup ties since that season’s final – and has appeared in 33 consecutive games in the competition since then. The last Challenge Cup match he missed was the 2005 semi-final win against Toulouse at Huddersfield, when a dislocated thumb ruled him out.

The last Challenge Cup game Sinfield missed through non-selection was the 2000 final defeat against Bradford at Murrayfield, when he was left out by coach Dean Lance – despite playing in every round in the run to the final. In total, Sinfield has played in 55 of 57 Challenge Cup games for Leeds since the turn of the century.

Kyle Leuluai is an ever present in Challenge Cup ties for Leeds. Leuluai has played in all 28 Rhinos games in the competition since joining the club to begin the 2007 season.

Ryan Hall has played in 25 consecutive Challenge Cup ties for Leeds. Hall last missed a Rhinos game in the competition in 2008 – a round four win against Celtic Crusaders at Headingley. Hall also needs three tries to reach 200 career touchdowns. He has scored 176 tries for Leeds since 2007, to go with 21 for England since 2009.

Castleford coach Daryl Powell is taking charge of his second Challenge Cup final, having previously coached Saturday’s opponents Leeds in their 2003 defeat to Bradford at Cardiff’s Millennium Stadium. Powell also played for the Rhinos in two Challenge Cup finals, tasting victory in 1999 (against London Broncos at Wembley) and defeat in 2000 (against Bradford at Murrayfield).

Leeds coach Brian McDermott is taking charge of his third Challenge Cup final, having previously coached the Rhinos in their 2011 defeat to Wigan and 2012 loss against Warrington (both at Wembley). McDermott also played for Bradford Bulls in four Challenge Cup finals, on the winning side in 2000 (against Leeds at Murrayfield) and tasting defeat in 1996, 1997 (both against St Helens at Wembley) and 2001 (against St Helens at Twickenham).