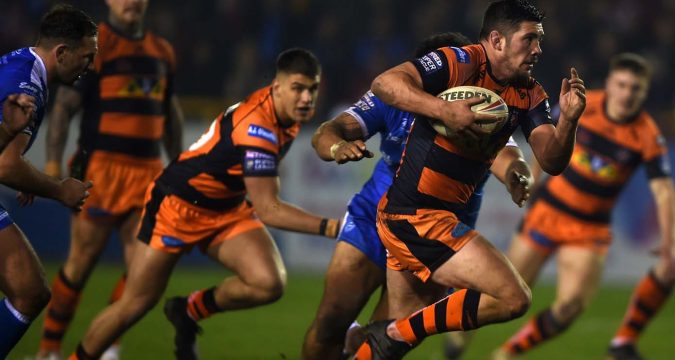 The 30-year-old signed ahead of this season and made six appearances before their competition was cancelled due to Coronavirus.

Clarkson began his Super League career in 2010 with Leeds Rhinos, where he spent five years and participated in four trophy successes, before moving on loan to Widnes Vikings.

The well-established back-rower then moved to Hull Kingston Rovers on a three-year deal and, most recently, enjoyed a one-year stint with Castleford.

James Ford, Knights Head Coach, had high praise for Clarkson’s imminent future: “Chris is an outstanding professional who’s standards have a positive impact on everyone around him.”

Meanwhile, Clarkson touched on how Coronavirus has impacted his career: “Taking a step back and getting our bodies and minds refreshed will do the lads good.”