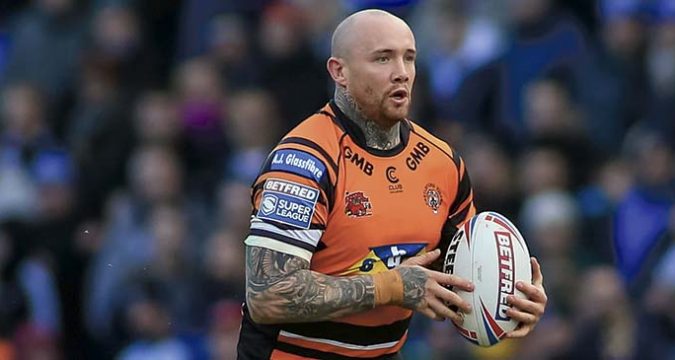 CASTLEFORD have agreed a two-year contract extension with Nathan Massey.

The 31-year-old forward has been with the club since he was 15 and made his first-team debut in 2007.

His 250th appearance came in the Super League win at Salford earlier this month.

“I am over the moon because I’ve made it no secret that I wanted to stay here,” he said.

“This next two years is going to be big for me and it will take me to near the end of my career.

“I am proud to play for this club and I feel privileged to pull the shirt on every week.”

Castleford have won four out of five Super League matches ahead of Monday’s home game against Hull KR and are through to the semi-finals of the Challenge Cup.

But Massey insisted: “I think we are playing at 60 percent, there is big improvement in us.”

Lee Radford will replace Daryl Powell as coach next season, and Massey added: “I’ve had a chat with Radders.

“Not so much has to change but some fresh ideas and a different sort of game plan that he will probably bring is exciting.”

Radford said: “Nathan optimises what Castleford are all about really. He is an honest, hardworking and does things that the untrained eye doesn’t see.

“He’s really tidy in and around the ruck and it’s because of players like him that Castleford have been as successful as they have been in seasons gone by.”

Castleford fullback Niall Evalds signed a two-year contract extension, with the option of an extra year in the club’s favour, earlier this week.