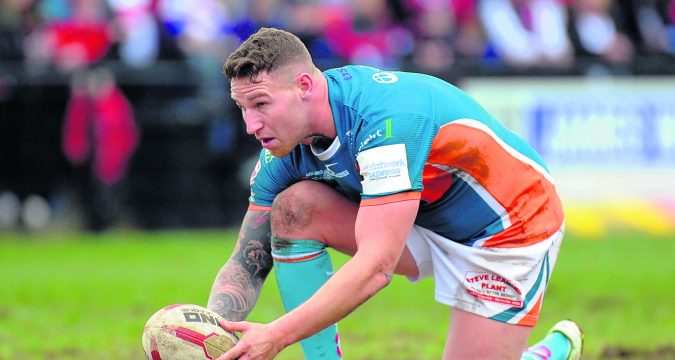 Jamie Ellis looks set to be on the move in 2018 after being offered to clubs.

Several clubs have been alerted to the 27-year-old’s availability with his future seemingly away from the John Smith’s Stadium.

He has spent the year on loan at Hull Kingston Rovers after falling out of favour at the Giants at the end of last season.

The former Castleford talent has been a regular for the Robins this season, making 27 appearances so far and is thought to be open to a stay with Tim Sheens’ side.

But his future may yet lie elsewhere after his representatives reached out to other clubs in Super League and the Championship.

Rick Stone has bolstered his options in the halves since Ellis’ departure. Danny Brough and Lee Gaskell have been regulars in the position throughout the season and the signings of Rankin and Jordan Turner, both of whom are adept at playing in the position, looks to have nudged Ellis out of contention moving forward.

Should that be the case, the Giants will be keen to get Ellis’ wage off their salary cap, given that a return would limit them in regards to their recruitment for next season.