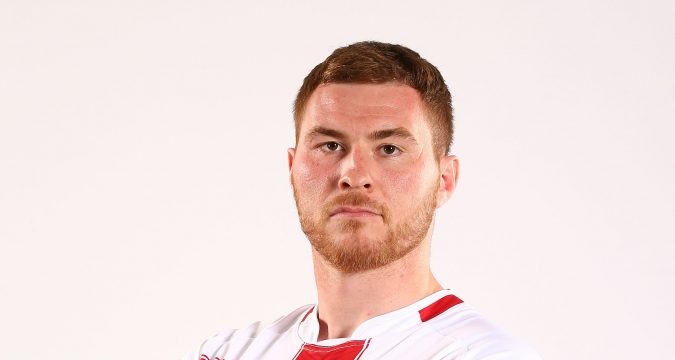 England have named a much-changed line-up for their final World Cup group match against France.

Wayne Bennett has made five changes and will give Mark Percival, Kevin Brown, Scott Taylor and Mike McMeeken their first appearances of the competition against the winless Blues.

James Roby has also been recalled to the side for the match in Perth as Bennett’s side go in search of a victory that will secure second place in Group A.

Jermaine McGillvary, the winger who has been charged following a biting allegation, has been named in the starting line-up ahead of his hearing in front of a disciplinary panel on Wednesday.

Ryan Hall, Kallum Watkins, Josh Hodgson, Elliott Whitehead and Chris Heighington, who all featured in the opening two games, are the quintet to drop out.

Bennett had hinted that he would give everyone a chance to feature at some stage, although it has resulted in the experienced coach naming several of his backs out of their preferred position.

Gareth Widdop has been moved to fullback to facilitate Brown’s introduction to the team, while Stefan Ratchford will play on the wing, a position the Warrington utility has rarely played in.

John Bateman, a second-row by trade, will continue at centre along with Mark Percival.

Our line-up to face @FFRXIII this Sunday…