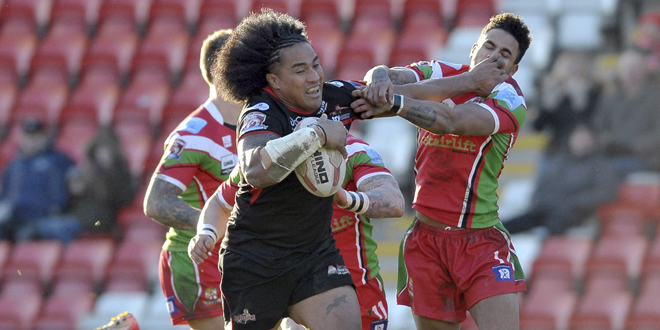 Leigh Centurions forward Fuifui Moimoi has signed a new contract with the club, penning a 12-month extension to his current deal.

The 35-year-old, who arrived from the NRL in the off-season to take up a contract with the Centurions, will now remain at the club until the end of the 2016 season after the announcement.

Moimoi has made a big impact since arriving at the club, and will now stay with the club until the age of 37 with this latest deal.

Leigh Centurions Head Coach Paul Rowley told the club’s official website: “Fui has started his Leigh career with the consistently high standards that have seen him succeed at the very top for many seasons.

“His hunger for success is strong and he has a strong drive to be a part of bringing success to the Club. I am delighted to see Fui continue the journey with us by extending his current contract and am looking forward to seeing the ever increasing influence he has on the team.