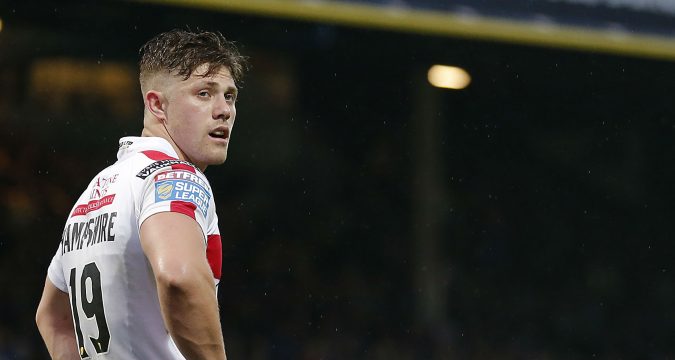 Ryan Hampshire’s future could be in rugby union.

TotalRL understands the former Wigan and Leigh star has received interest from the 15-man code.

The 22-year-old is without a contract for next season, although he has received an offer from both Super League and the Championship.

But his future could belong in union after the versatile back received some specialist training from former Great Britain player and leading rugby union coach Graham Steadman.

Steadman enjoyed a legendary playing career in Rugby League. In 1989 he joined Castleford Tigers from Featherstone Rovers for a then world record fee of £170,000.

During his time at Castleford he made 10 appearances for Great Britain and was inducted into the club’s hall of fame.

He left his role with Pro14 side Cardiff Blues earlier this year but is offering his services for specialist one-to-one coaching.

Hampshire’s kicking and handling qualities are understood to have impressed Steadman, and there’s a belief that his talents could be transferable in union.

The player himself is open to the prospect of switching codes should he receive a contract offer in the coming weeks, although he is still considering contracts on the table in the 13-man game.

Hampshire is without a club for 2018 following Leigh’s relegation from Super League. He made 16 appearances for the Centurions last year, although was left out of the club for a three-month spell midway through the season.