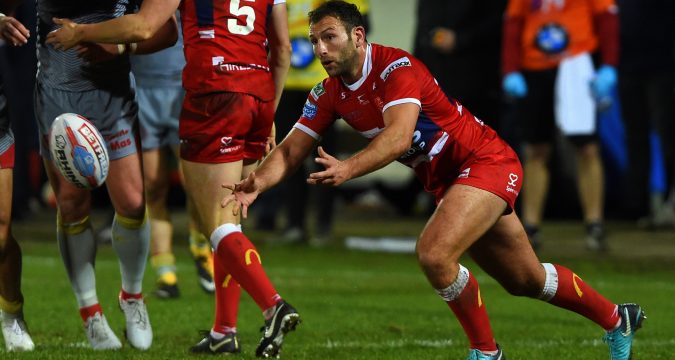 Whitehaven have invited vastly experienced playmaker Tommy Lee (pictured) to train with them this week with a view to joining the club.
The former Crusaders, Wakefield, Huddersfield, London, Salford, St Helens and Hull KR hooker or halfback is friends with Haven forward Jamie Thackray, who has initiated the move.
Lee, 32, announced his retirement from Rugby League while at Rovers in July last year, but could now be tempted to put his boots on again.
Haven coach Gary Charlton said: “Tommy is mates with Thacks who’s done a bit of spadework for us.
“We’ve been after a seven for a while and I think if we’d had one, we’d have won two of those first three games.
“We’ve been struggling with our kicking game and last tackle options, the things you get with a good seven.
“There’s been plenty of effort from our boys, but we’ve just lacked that bit of skill, and Tommy could provide that.
“Apparently he fancies a new challenge and we’ll see what happens.”
Haven Chairman Tommy Todd has confirmed that a new roof for the Purdham Suite at the ground is now near to completion, following storm damage last month.