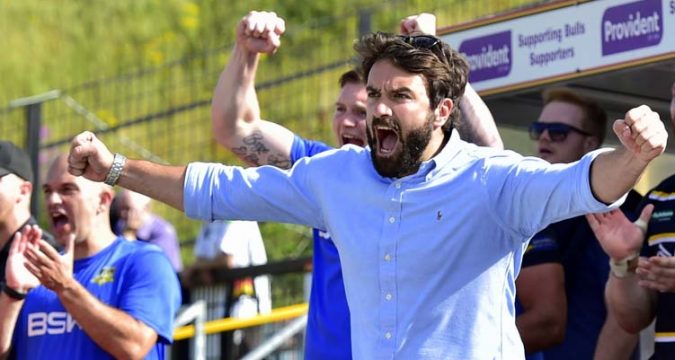 Ford’s team faced Whitehaven as league leaders in Sunday’s big Bootham Crescent clash just short of a year since suffering an agonising 21-20 defeat by the Cumbrian side in a play-off semi-final at the Recreation Ground, which went to extra time.

York went into the latest meeting knowing a win or even a draw would seal automatic promotion and a return to the second tier for the first time in five years, since when the club has been rebuilt after coming close to folding in 2016.

“It was a fantastic game last year,” said Ford, who is now coaching full-time.

“It would have been marvellous to overcome Whitehaven and challenge for promotion (in the play-off final), especially bearing in mind where we were when the season began and how we started it.

“It was not to be and Whitehaven were better on the day.

“But sometimes you learn and grow from a negative, more so than from something positive. We’ve taken a lot from that as a group and as a club.”

York were without centre Perry Whiteley, their mid-season signing from Keighley, against Whitehaven, after he damaged ankle ligaments during the 56-6 win at Hemel Stags the week before.

Meanwhile York hooker Andy Ellis, 33 has confirmed he is to retire.