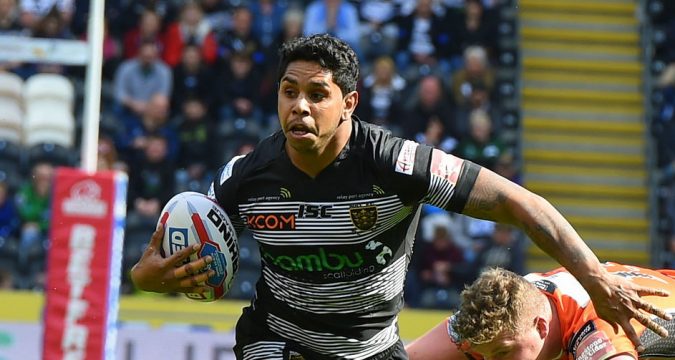 A second-half hat-trick from Fetuli Talanoa secured Hull FC a 38-12 victory over Huddersfield.

Five second-half tries were enough for Lee Radford’s side, who came from 12-4 down after the Giants had gone ahead through Ryan Hinchcliffe and Ukuma Ta’ai.

But the Giants capitulated after the break, with a string of basic errors ensuring they lost their way after a promising first-half display.

But Albert Kelly scored minutes before the break to reduce the half-time deficit to 12-10.

The second-half belonged to Hull. Talanoa grabbed a hat-trick before further tries through former Giant Jake Connor and Jamie Shaul secured the victory.