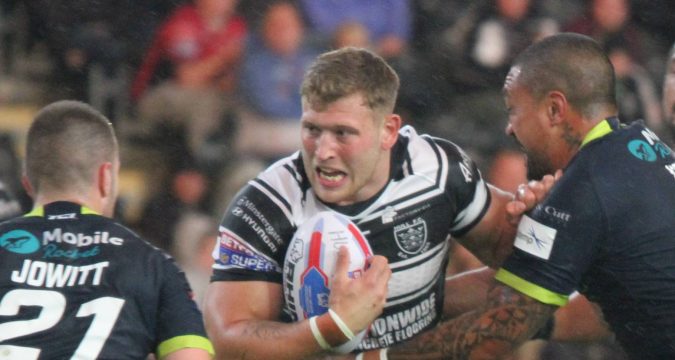 The 22-year-old is off-contract with Hull FC at the end of the season and appears set to leave the club.

The Ireland international joined the club from London Broncos but has struggled for game time since joining the club.

He made seven appearances in 2018 but has made just one appearance since, spending time on line in the Championship with Batley and Leigh.

It looks likely he will now leave the club.

“Lewis has got two offers with a third pending on Tuesday,” agent Craig Harrison said.

“I think he needs more opportunity before people can decide whether he can play Super League week in week out. I don’t think he’s had the opportunity for anyone to sign that.

“If you tell me someone who is 115 kilos with that leg speed is not good for the modern game, we’ve got a problem.”Hull