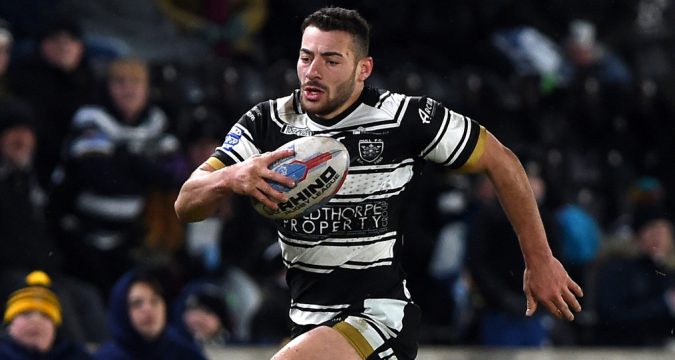 Jake Connor will today learn the extent of a hamstring injury that saw him stretchered from the field during Hull FC’s defeat to St Helens.

The England international will undergo scans today after picking up the blow during Friday’s game.

Connor was in visible pain as he was helped from the field and emerged later on crutches and an ice pack around his leg.

Despite not suffering a ligament injury as some had initially feared, it’s feared around the KCOM that there could be a significant tear, which could keep him out for as long as three months.

Should that be the case, Connor’s domestic season would be over, while also leaving his international aspirations at the end of the season in doubt.

It’s the latest cruel blow for Hull, who’ve had a rough season on the injury front.

They are still without another key playmaker in Marc Sneyd while fullback Jamie Shaul has also been struggling with injury.