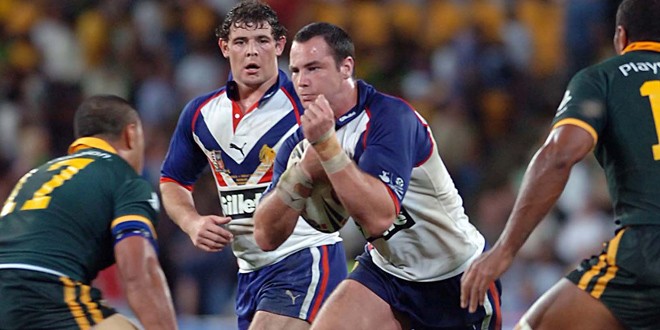 The success of the Four Nations Tournament, with record-breaking attendances and huge television ratings, has embarrassed the NRL hierarchy – which now wants more, not less, international Rugby League.

According to Sydney media reports there is now talk of organising a British Lions tour with a three-Test Ashes series. This move comes less than a year after the Australians rejected plans for such a tour in 2015.

And the Aussies are also talking about expanding the Four Nations Tournament.

The change of heart came as 25,183 fans packed Westpac Stadium in Wellington for Saturday night’s final, in which New Zealand held on to beat Australia 22-18.

The record average of 20,684 per match was well up in the 2010 figure, the most recent occasion the tournament was held in Australasia.

Other records broken in the 2014 Four Nations included:

• The double-header crowd of 47,813 at Suncorp Stadium produced the largest non-World Cup Test match crowd in Brisbane in history (beating the 46,355 at Brisbane Cricket Ground for Australia v Great Britain in 1954).

• The New Zealand-Samoa match at Toll Stadium, Whangarei produced the largest-ever crowd for a match between the two nations (16,912).

The Lions could also play a mid-week match in a major country town in New South Wales and another in the Queensland country as well as Tests in New Zealand.

The earliest a Great Britain side could tour would be 2018 after the 2016 Four Nations in England and the 2017 World Cup in Australia and New Zealand.

“We have had some preliminary discussions about how we could introduce a Great Britain Lions tour,” NRL general manager of League integration and game development, Andrew Hill, told the Sunday Telegraph.

“Any competition that involves Australia v Great Britain in any sport is always a success. It isn’t about increasing workload, so we would have to change the current structure to look at a Great Britain tour.”