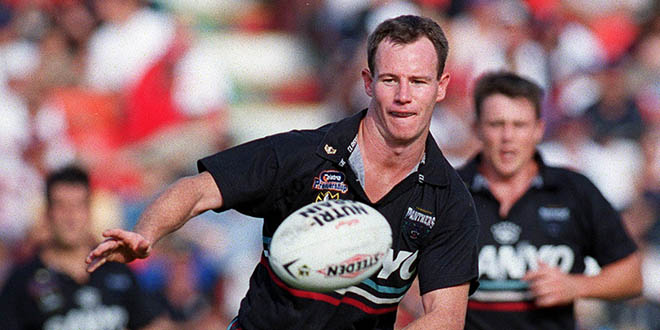 St Helens have announced the appointment of Justin Holbrook as their new coach with immediate effect.

The 41-year-old is the current assistant coach at the Sydney Roosters, while he is also the head coach of the Junior Kangaroos.

“We are delighted to secure Justin; he is widely experienced and has a track record of coaching at the highest level.” Saints Chief Executive Mike Rush said. “He impressed us with his knowledge of the British game and his work with younger players.

“In his role as head of the Junior Kangaroos, a position he has held for three seasons, he has done a superb job in nurturing young talent and developing the next wave of Australian Internationals.

“During the process Justin clearly identified himself as an attack minded coach and the importance of the transition between defence and attack. He also understands the club and our philosophy which is important moving forward.”

Holbrook said: “I’m excited about the opportunity to be the head coach of St Helens. The club has a rich and proud history and I am very grateful to have been given the opportunity.

“St Helens are one of the top teams in the Super League competition with a history of success. I will be working hard to continue that tradition and I cannot wait to get started.”

He will arrive in the country as soon as possible, visa pending, and has signed a two-and-a-half year contract.

Both Jamahl Lolesi and Sean Long will remain as part of his coaching team.

“Justin has made a significant contribution to the Roosters since he joined us as an Assistant Coach in 2014,” said Roosters Head Coach, Trent Robinson.

“Not only is Justin a great coach, he’s also a terrific person, and I’d personally like to thank him for his efforts, commitment and friendship.

“This is an exciting opportunity for Justin, and on behalf of everyone involved with the Roosters, we wish Justin, his wife Nat and their young family all the very best.”