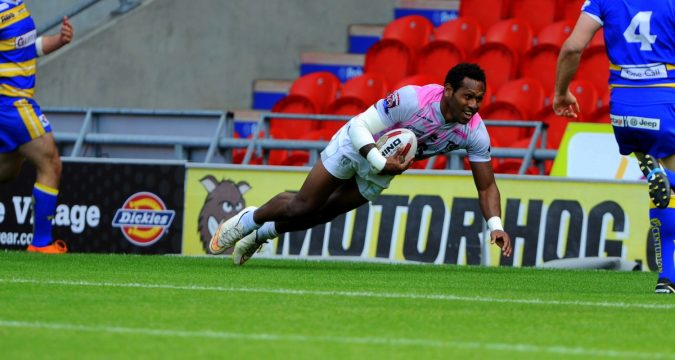 Kuni Minga scored a 79th minute winning try as Toulouse Olympique took the race for the top four to the final day with a dramatic 32-26 victory over Featherstone Rovers.

Minga, Rhys Curran and Bastien Ader crossed to give the hosts a 10-point lead with Anthony Thackeray replying for Featherstone.

Kyle Briggs reduced the deficit further with Mark Kheirallah touching down at the other end but Scott Turner’s well worked try make it a two-point game at the break.

Jason Walton gave the visitors the lead once again with the first score of the second period before some gutsy defending kept out Toulouse at the other end.

Kheirallah touched down his second before converting for a narrow lead with under 15 minutes remaining however Hardman’s penalty goal levelled the game moments later.

It looked like Fev might have sealed fellow West Yorkshire side Halifax’s Qualifiers fate but two missed drop goal attempts proved to be costly as Minga won the game with a dramatic try in the closing moments.