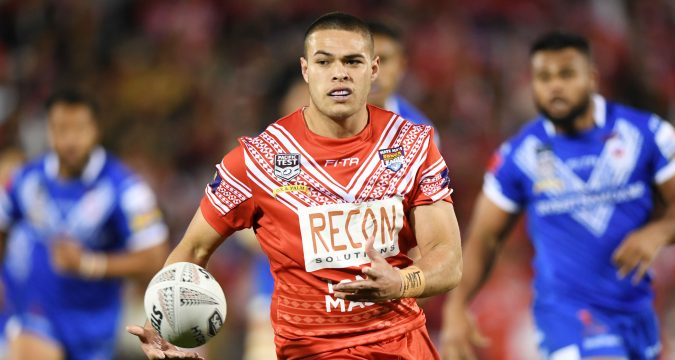 New Leeds signing Tui Lolohea says the prospect of playing for Leeds supporters tipped him towards a move to the Rhinos, having played at Headingley as the opposition.

The New Zealand and Tonga international played against Leeds almost three years ago in a warm-up match for the Kiwis ahead of Test series against England, an experience that stuck with the 23-year-old.

A number of clubs, including Castleford, were interested in landing the versatile back, but he’s now agreed to join the Rhinos on a three-year deal, and he says that experience played a big part in him joining the club.

“I have always remembered that game back in 2015 when I played at Emerald Headingley with the Kiwis,” he said.

“The singing and support for the Leeds boys was amazing and I can’t wait to play for those supporters. That game was Kylie Leuluai’s farewell game for the club and I remember the warmth and passion the supporters had for him and the team, that was special. People talk about the passion that the English fans have for the game but I had seen it for myself and it was definitely a factor when I was thinking about who to sign for.”

2018 has proved to be a frustrating year for the Wests Tigers ace, with injuries restricting him to six appearances, but he’s confident he can take Super League by storm.

“I have had a couple of injuries this year that have held me back a bit but I am looking forward to finishing the season strongly with the Tigers and then making the most of the opportunity to come over to Super League.

“A lot of people have said that there is a lot more attacking in Super League and that is the style of play I like to play. I am looking forward to finding out what the Super League competition is all about.”