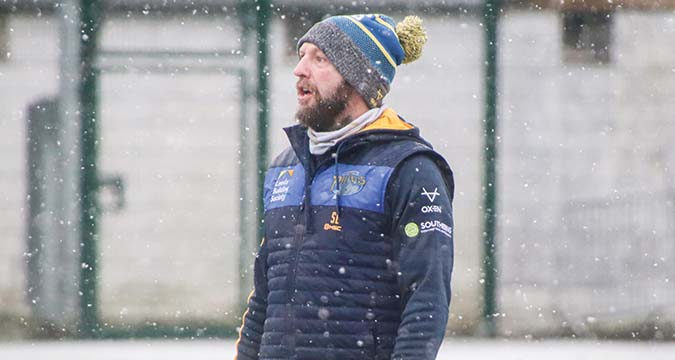 “There’s no point running up hills if you can’t catch and pass.”

It will come as little surprise to anyone that Sean Long was the man being quoted.

Long, who is generally regarded as one of the most skilful players to have played in Super League, is hoping to add new impetus to Leeds Rhinos’ attack following his move to the club in a coaching capacity last year as Richard Agar’s assistant.

Long’s brief appears to be to bring a new free-flowing, exciting brand of rugby to Headingley.

That process is already underway, with the Rhinos taking on more skill-related training in the early stages of their pre-season campaign.

“We’re doing a lot of up-tempo drills, where you’re testing their skill under pressure,” said Long.

“They’re just different drills, some new ideas. There’s loads I’ve accumulated working under the likes of Justin Holbrook and Matt Parish when he was working with Samoa. I’m even bringing in the drills I did as a player that I used to like. They’re all up-tempo and testing skill under pressure, and the players have all been fantastic so far.

“This is a group that will be playing from anywhere, wherever we’re coming from. We’ll play a good brand of footy.

“A lot of it now is the second phase stuff; you’ve just got to play what you see sometimes, that’s one thing I’ll be helping them out with.”

Crucially, he says it hasn’t been to the detriment of their physical condition, with the early stages of pre-season often based around improving fitness.

“We’ve flipped it on its head,” said Long.

“When Justin Holbrook came in at my old club we started getting loads of skill into them, even in a 15-20 minute skill session we’d be doing 300 to 400 passes.

“Regarding the fitness levels, they obviously need a touch up with Jason Davidson (Leeds’ conditioner), but we’re playing a lot of games and at high intensity. We’ve seen through the figures on GPS that they’re getting more out of these sessions than they would running up hills or around a field.

“It’s all change now, or it has been at Leeds, that’s the way we’re going forward and I think the players enjoy it. You look at it, if you say ‘we’ve got 20 hills’ they go ‘gosh’, but when you’re playing some games they love it. They have the ball in their hands but they end up doing more high volume, so they love it and that’s the way we’re going.”